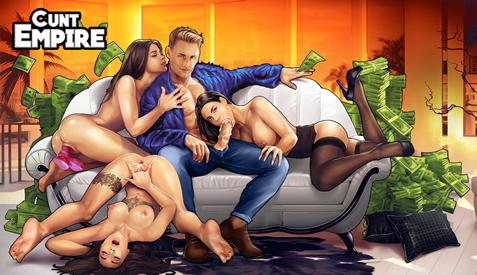 I still rank 3d Girlfriends as the best 3d ADULT gaming online today, they’ve solved the riddle that most adult gaming sites haven’t solved which is to make their promo almost as good as there in gameplay.

CuntEmpire.com took the storyline root, because some people like that sort of thing, 3d Girlfriends took the hardcore 3d gaming road which is very difficult to pull off, this is one of the reasons I give their team high praise because prior to 3d Girlfriends none of this existed, the 3d Girlfriends in-game play is original and even when I review newer sites trying to duplicate what they did, it doesn’t last long, because the maintenance required to make 3d Girlfriends is not easy to do.

It might look easy on the front end, but if you know anything about backend development, so much can go wrong when designing an adult 3d game, which is why most 3d game developers take the easy road. My final conclusion is CuntEmpire.com is legit, regarding their billing, familiarize yourself with their terms before signing up, it’s not expensive and they use a legitimate platform to collect payments so you won’t get scammed.